Techno In Potsdam? A New Party Is Sparking An Unlikely Scene

Discover Polymetrik, a techno night at an antifa venue in Potsdam that’s bringing Berlin-style clubbing to a small city in the suburbs.

The five of us in ​ Valian Kollektiv​ —Hannes (a.k.a. ​ Jamida​ ), Milan (a.k.a. ​ Pearls Wake​ ), Richard (a.k.a. ​ Asymbiose​ ), Leander (a.k.a. ​ Stigmer​ ) and Gabriel (a.k.a. ​ Photom​ ) —grew up in Potsdam and Wannsee, and we met at school. There’s always been a big open-air scene in Potsdam, so when we were too young to go to clubs, we went to illegal parties and raves in the countryside outside Berlin in Brandenburg. They played house music, trance, drum & bass, dubstep—but no techno. It was all about good vibes and the setting, not the DJs and the music they played.
When we were 16 we started throwing and DJing our own open-airs. The second one we did was really big—about 200 people, which is a lot of people for Potsdam. We were really happy to have more than 50 people there, because it’s not like Berlin, where there’s one popular open-air party that everyone goes to. But we didn’t throw that many because it was always kind of a struggle. We made a little bar to cover the expenses, as we had to rent the PA system and deal with a shitty generator. But after two or three years, the police became tougher and quicker about busting open-airs, so we had to keep moving further out into the forest around Potsdam.
When we turned 18 we started going to Spartacus, which is pretty much the only underground club in Potsdam. There are a few commercial house clubs, a spot where university students can throw parties and a venue in a squat called La Datscha, butSpartacus is the main place to go in Potsdam for underground music and raves. It used to be located downtown, but they had to move out after two years. So they got this spot at freiLand Potsdam Kulturzentrum, which is an area devoted to alternative, left-wing and youth culture; there are radio stations and cafés there, too. We also went often to Berlin to go to ://about blank—we like clubs with political statements because we grew up in Potsdam, which has a really healthy left-wing scene.
That’s partly why we chose to throw our first parties at ​ Spartacus​ : because it’s located in an antifa compound and it has a good door policy, so you’ll get in as long as you’re not way too drunk, a nazi or sexist. Throwing open-airs and illegal raves is a really different dynamic than throwing a club party, so we wanted some experience doing that before trying to do it in a bigger city like Berlin, where there are 15 other parties competing with you. In Potsdam there’s maybe only one other party in the whole town happening on the same night. Also, Spartacus is our home base in a way, and it’s easy to throw a party there because anyone who wants to and matches with the political concept can do it.
So last year we got some money together and threw our first techno night: Polymetrik. The club was completely full and the vibe was totally awesome because it was the first real techno party in Potsdam in years. There’s a taste for techno there, but no one was really filling that gap when we started Polymetrik. We also throw a dubstep and grime night called Sines, but it doesn’t get as packed because it draws people who are really into bass music, whereas Polymetrik draws people who hear that it’s a good party. Most of the people there are guests who go to Spartacus every weekend, and then we have a lot of friends in town from open-airs and growing up in Potsdam. The rest are people who come out from Berlin—a lot of people take the train out to Polymetrik. Everybody in Berlin thinks it’s hard to get home, but you can take the Regio train or the S-Bahn and be at Alexanderplatz in 25 minutes.It’s important to us to have a good crowd and a nice vibe at a political space because we want to build a whole concept with lights, decorations and music. For instance, last summer we built pools for an open-air Polymetrik we did with DJs from Prague and ​ ://about blank [a Berlin nightclub]. We also invite Tick Light Design, ​ XYZ Project and the ​ GOJO collective to set up light installations and decorate at all of our parties. That’s something you don’t have in Berlin: the clubs stay the same no matter what party is happening there. But even though we want to have a good vibe and a left-wing political angle, after that first night the guys from Spartacus told us that there were reported cases of sexual harassment that night, and we were fucking upset about it because we want to provide a shelter for everyone where anyone feels safe on the dance floor. Spartacus invented something called the Awareness Team, which is a group of people who hang out and to make sure there’s someone you can go to if you’re being harassed. And it seems like it’s made a difference: we’ve definitely seen a development from our first party to our third one last December.
The party in February was our one-year anniversary, and the next one isn’t until June, when we’re going to throw a mini-festival at Spartacus. Of course, one day we’d like to step out of Potsdam—most of us live in Berlin these days. We’ve started a cooperation with another party collective, and we’re planning a party with them at Mensch Meier on May 19 and ://about blank on September 23, 2017. But we’re working towards that and dipping into Berlin club culture slowly, because we don’t want to go too fast and do a bad job. For us, it’s not about getting bigger; it’s about doing it right.
Published on March 6, 2017 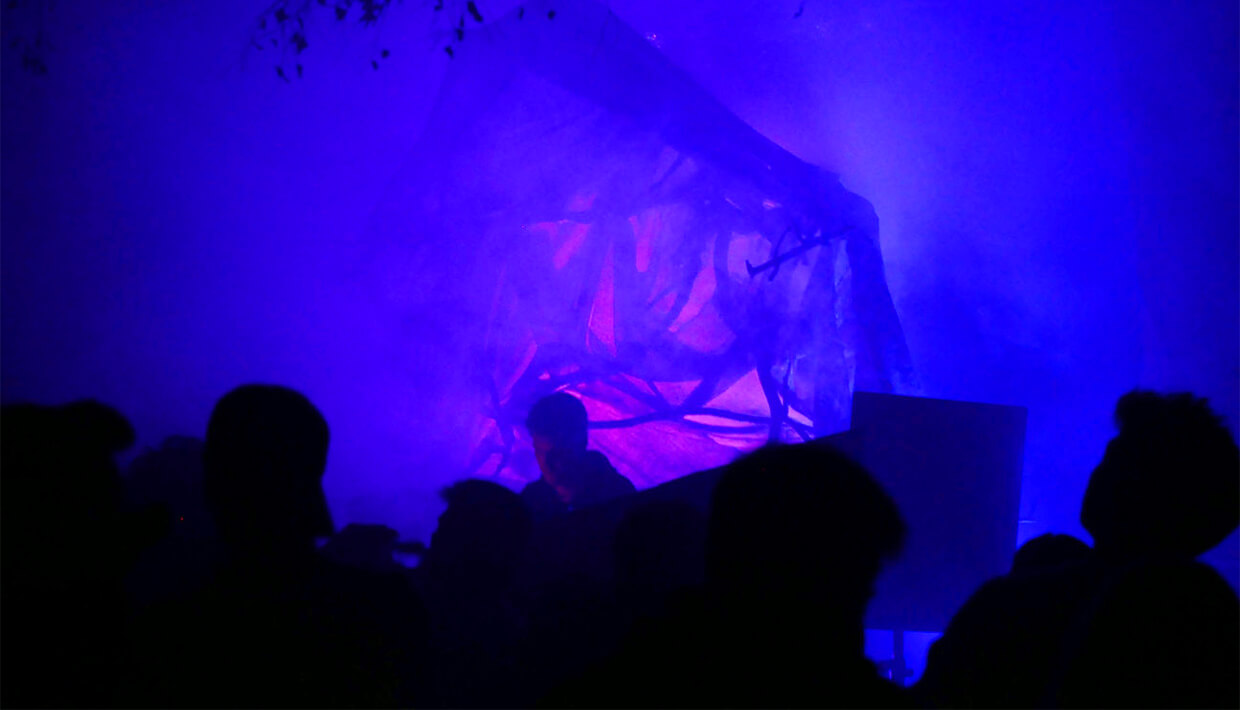 Techno In Potsdam? A New Party Is Sparking An Unlikely Scene | Telekom...

Discover Polymetrik, a techno night at an antifa venue in Potsdam that's bringing Berlin-style clubbing to a small city in the suburbs.